Why Do Companies Outsource Software Development?

The global market for outsourced services is worth an astonishing $92.5 billion — and that’s only set to grow as more companies continue to leverage external teams’ capabilities.

But why do so many businesses turn to software development outsourcing companies in the digital age? And what benefits does it offer?

Outsourcing software development is a big step for any company, from startups run by a small team to global corporations. There’s always an element of risk and doubt, but that’s understandable: deviating from established processes is rarely easy, no matter how necessary it may be.

But in the majority of cases, stakeholders find outsourcing to be in their best interests, with 78 percent of businesses having a positive view of their outsourcing relationships.

Here are the main reasons why outsourcing is good.

This is the biggest driver for companies choosing to outsource software development. According to research by Deloitte, almost 59 percent of companies outsource with an aim to reduce or control their costs.

Every organization benefits from reducing its costs: this frees up more funds to channel into other areas of the business (personnel, hardware & software upgrades, office expansions, increased salaries, etc.).

Leading brands have embraced outsourcing for software development. WhatsApp, for example, outsourced the development of its iOS app to a freelancer but eventually brought him aboard the business full-time.

The pair behind WhatsApp, Jan Joum and Brian Acton, chose to outsource development as the beta version of the app experienced severe technical issues during its early stages. This was a cheaper alternative to paying a local specialist to bring the app to a market-ready position.

This decision paid off massively, as WhatsApp  has more than 1.5 billion active users each month, with 68 million based in the United States alone.

Outsourcing is a more cost-effective option for businesses for a number of reasons. Working with external workers means you’re paying for their services only, without the common expenses associated with in-house staff, such as sick pay, hardware, rent, software, training, etc.

Another reason that software outsourcing saves money is how much easier and cheaper sourcing talent is online. You can find software development teams through different platforms or their websites within a few clicks. All the information and testimonials/reviews you need to gain an insight into their capabilities is right there.

Compare this to the cost of advertising a vacancy, hosting interviews, onboarding, and other tasks related to hiring in-house workers: according to Glassdoor, the average employer in the United States invests around $4,000 into hiring a new employee.

Outsourced software development empowers businesses to connect with the world’s best specialists, no matter how many miles lie between them. It’s not a case of trying to bring them in as full-time employees: the gig economy means that collaborations can occur for one-off projects with no further obligation.

For example, IKEA — the Swedish furniture giant — is committed to mastering the smart home through its Home Smart initiative. But as a furniture company, IKEA doesn’t have the expertise to handle all of this in-house. It requires innovative thinkers with access to cutting-edge tech and the resources to make IKEA’s vision a reality.

Outsourcing to the right partner will give IKEA immediate access to the brightest technology teams on the planet, without even needing to ever be in the same room. They aren’t restricted to choosing providers from their local talent pool — they have an entire world to explore.

Working with professionals on a project-by-project basis can bring pleasant surprises, too. While a company will provide the software developers with a clear brief and targets to hit, the specialists can identify opportunities to make a product even better and put plans in motion on their initiative (after checking with the business, of course).

Video chat, project management tools, prototyping, and more keeps teams connected during the entire outsourcing process. Any potential issues or breakthroughs can be discussed as easily and quickly as they could be in a shared office, but at a lower cost (again: no overheads).

Save Time On Hiring Specialists

According to Glassdoor, the average length of the businesses’ job interview process was 23.7 days.

Hiring new software developers involves a number of steps. First, there’s posting an application at various websites and/or browsing LinkedIn for potential candidates. Next involves whittling the list of applicants down to the best, followed by interviews. And that means managing schedules to find an appropriate slot, which could drag the process out further.

Any developers you hire on a full-time basis must have a broad range of skills and be suited to different projects your business plans to undertake in the future. That makes the hiring system even more complicated and time-consuming. Plus, any training that’s required incurs more delays and costs.

But when outsourcing development to external teams, it’s far simpler. You don’t have to worry about finding developers with a diverse skill set for years of projects. You need to focus on picking specialists with the capabilities suited to the project at hand.

GitHub’s team, for example, wanted to bring expert in to build the first iteration. However, they couldn’t afford him at that time, so employed him as an outsourced contractor. That worked out for the best, and he went on to become the company’s CIO.

This saved them the time, effort, and money of hiring a full-time developer. They paid for the specific skills required, and it was a resounding success.

Increase Flexibility Of Scaling Your Project

Businesses choosing to outsource software development avoid recruiting, hiring, training, and integrating new employees into the company culture. They can simply look for the professionals they need, with access to their own equipment and software, before setting them to work on a specific project or product. It’s quicker, easier, and more cost-effective.

Another benefit is the simplicity of scaling. When projects require a little extra expertise or more resources, additional work can be outsourced to one or more vendors. Companies have the flexibility to respond to changes as they occur and take action to address them with a fast turnaround.

BaseCamp, for example, found itself struggling to cope with its rapid expansion in its early days. When the company was still known as 37signals, its growth caused it to become “disorganized” and lose focus. This led to performance issues, and the team realized it couldn’t go on with such a slap-dash approach.

BaseCamp had to learn to scale responsibly if it was to avoid mistakes and outsourced development of its app to a team of freelance developers. Dollar Shave Club outsourced the development of its Android app to experts in Ukraine, which brought customers bold new features (scanning credit cards) and helped grow the company’s membership substantially.

Developing and releasing new products carries inherent risk, even if market research demonstrates a high likelihood of success. But risks can be incredibly difficult for startups and SMEs branching off into a new direction, or with no proven formula for bringing successful products to market.

A business can go through the effort and expense of hiring full-time developers, paying overheads for months, only for a product to fail. This can be devastating and, in the worst cases, impossible to recover from.

Outsourcing software development to other companies works brilliantly instead. You can mitigate risks associated with developing products by working with a team that utilizes a high-quality project management system, has established an effective workflow and has proven success in creating applications that generate solid ROI.

For example, Slack relied on programming outsourcing for effective beta testing, focusing on copy and design, which helped it become one of the most widely-used communication tools on the market, handling more than 1 billion messages each week.

Outsourcing software development to an experienced team with a strong portfolio of applications under its proverbial belt is a cost-effective way to reduce risks and, ultimately, avoid financial challenges down the line.

These benefits demonstrate why companies outsource. We live in an age dominated by software, and businesses must produce quality products to secure a foothold in a crowded marketplace.

Trusting an external team with the ideal skill set to create a product of high value to users has real potential to pay off. It’s easier than ever to find third-party specialists willing to work on a project-by-project basis — and every company should take advantage sooner rather than later. 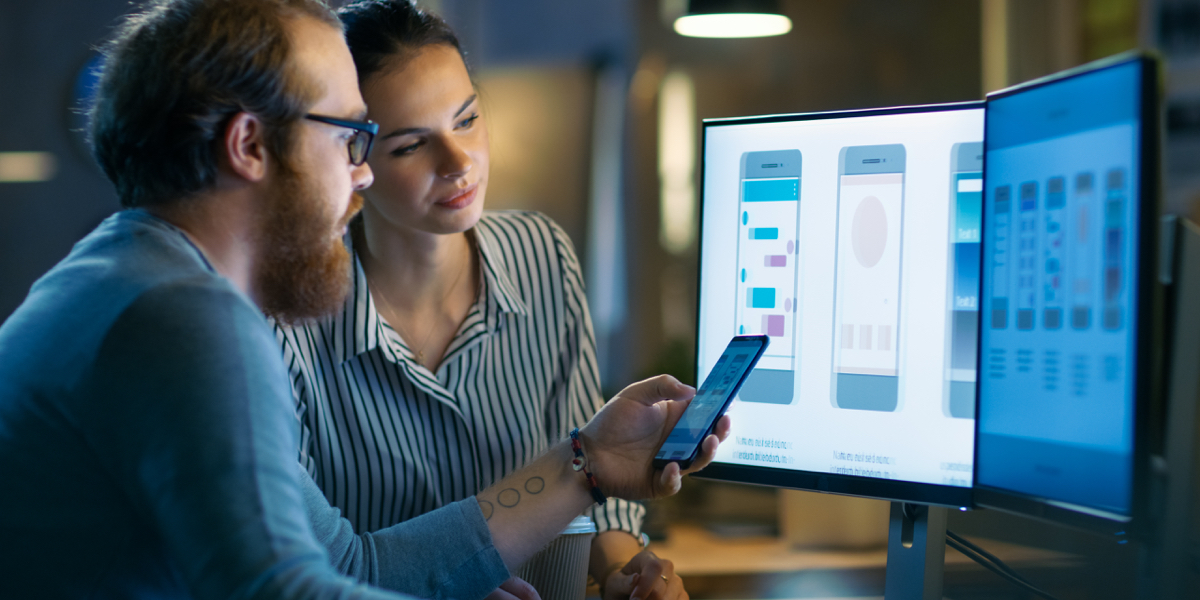 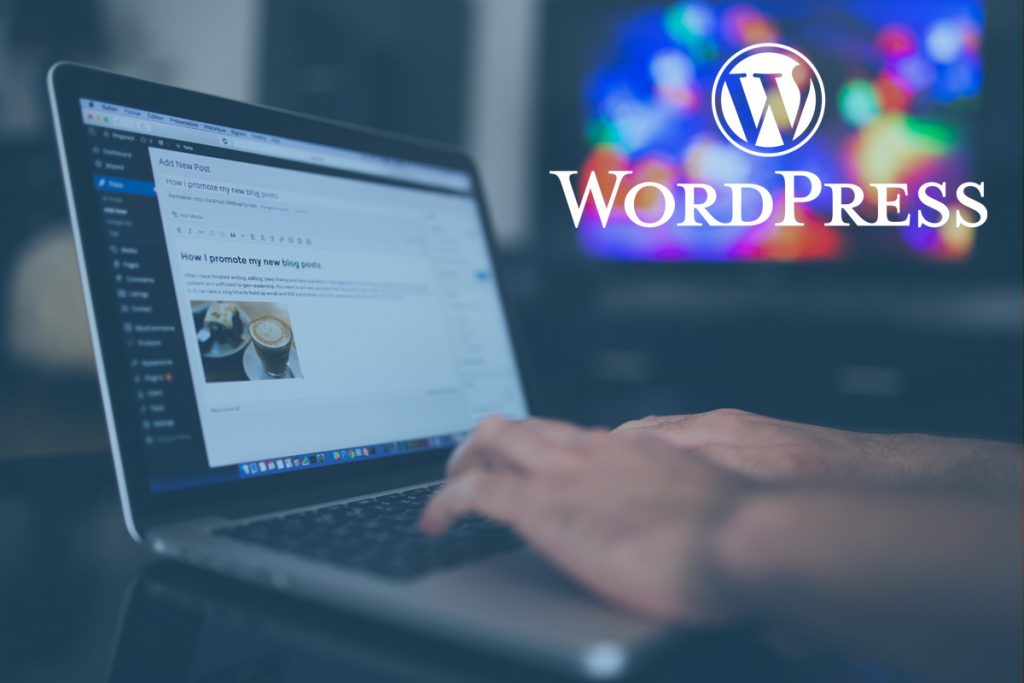 10 Most Popular WordPress Websites of 2023

WordPress is a popular and user-friendly content management system that is used by millions of websites around the world. From small personal blogs to large 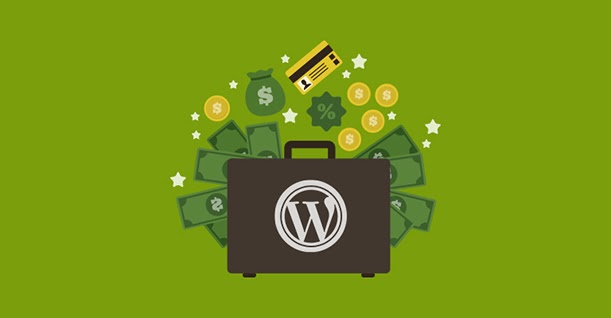 30 Ways to Make Money with WordPress

There are many opportunities for individuals and businesses to earn a profit using WordPress, even if they are not expert developers or designers. The following

This website uses cookies to improve your experience while you navigate through the website. Out of these, the cookies that are categorized as necessary are stored on your browser as they are essential for the working of basic functionalities of the website. We also use third-party cookies that help us analyze and understand how you use this website. These cookies will be stored in your browser only with your consent. You also have the option to opt-out of these cookies. But opting out of some of these cookies may affect your browsing experience.
Necessary Always Enabled
Necessary cookies are absolutely essential for the website to function properly. These cookies ensure basic functionalities and security features of the website, anonymously.
Functional
Functional cookies help to perform certain functionalities like sharing the content of the website on social media platforms, collect feedbacks, and other third-party features.
Performance
Performance cookies are used to understand and analyze the key performance indexes of the website which helps in delivering a better user experience for the visitors.
Analytics
Analytical cookies are used to understand how visitors interact with the website. These cookies help provide information on metrics the number of visitors, bounce rate, traffic source, etc.
Advertisement
Advertisement cookies are used to provide visitors with relevant ads and marketing campaigns. These cookies track visitors across websites and collect information to provide customized ads.
Others
Other uncategorized cookies are those that are being analyzed and have not been classified into a category as yet.
SAVE & ACCEPT

Subscribe To Our News Letter And Get Each Websites 50% Discount